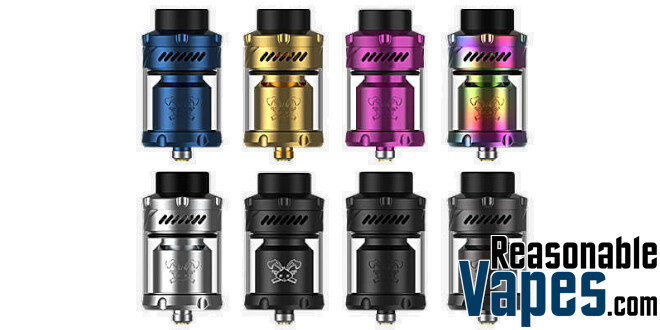 Here we have the 3rd version of this rebuildable tank atomizer from Hellvape, the Dead Rabbit 3 RTA. Many people are saying that the third time is the charm for this series and I think they might be right. This one has a completely redesigned build deck that uses the popular post-less design The holes for the coils are very large to accommodate anything you want to throw at them. In addition there is plenty of airflow coming up through the deck to cover nearly all of your coils resulting in a flavor monster.

Speaking of airflow, this Hellvape Dead Rabbit 3 RTA uses a top down airflow design with a slots on the outside. When you get to the inside there is a honeycomb design which does an amazing job at smoothing out all that airflow. As a result it greatly increases the flavor profile of your favorite juices.

You can use your standard 810 drip tips here allowing you to customize it to suite your style, and comes in at a 25mm in overall diameter so it should look great on top of most mods today. However there is a slight bulge on the bottom so in reality it’s more like a 26mm tank, but it should still sit pretty flush. Overall this is by far the best version of the dead rabbit rebuildable tank atomizer to date!

Here’s a review of the Hellvape Dead Rabbit 3 RTA including a wicking tutorial by Vaping Bogan: 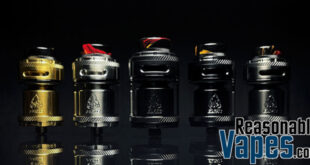 Here we have the Blaze RTA, which is the latest collaboration between MikeVapes and Thunderhead …