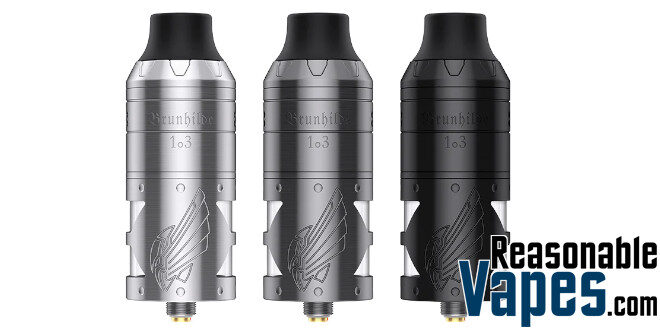 First of all, as an old school vaper it’s good to see there are some great rebuildables still on the market like this Vapefly Brunhilde 1o3 RTA. This rebuildable tank atomizer is more like those popular RDTA’s of the past with many improvements on top to modernize it. You get a very large tank capacity clocking in at a whopping 7ml, which is more than enough to get you through your day. However that large capacity brings us to it’s only downfall that I can find, which is it’s massive size. As a result this likely won’t be going into your pocket for a day out, but it makes an amazing luxury vape at the end of the day.

The build deck on this Vapefly Brunhilde 1o3 RTA is simple yet very effective. It has a 2 post design with large holes to accommodate even the most exotic builds. Additionally it even comes with a sweet coil in the package to get you started. Experienced builders won’t have much of an issue building on this deck, and it’s simple enough that a newbie can pick it up after watching a tutorial video. Furthermore it has an interesting wicking system that utilizes braided stainless steel poles that go all the way to the bottom of the tank. Believe it or not, these do a brilliant job at soaking up the juice to keep those pesky dry hits at bay.

Here’s a review of the Vapefly Brunhilde 1o3 RTA by RIP Trippers: 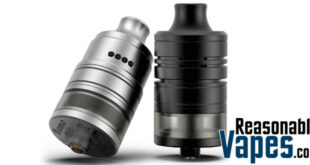