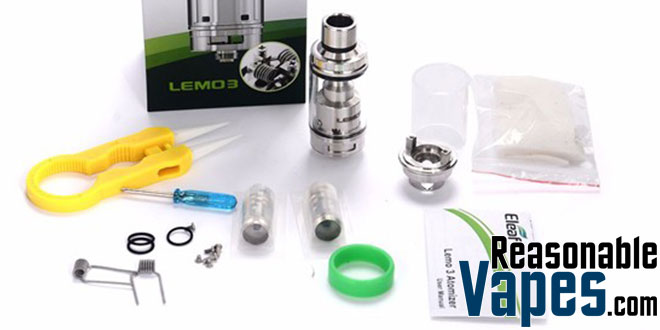 It’s been a little while since the last one came out, and it looks like there’s a good reason for it. Instead of just releasing another RTA, they have completely changed things up with this new Eleaf Lemo 3. All while staying true to it’s rebuildable tank atomizer roots. What we’re getting this time around with the new Eleaf Lemo 3 atomizer is both an RTA and a Sub-Ohm Tank in one. While the RBA deck comes pre-installed, you can easily remove it and swap it out for the coil head adapter that’s included in the box. You also get 2 coil heads as well. This is great for those times you’re feeling too lazy, or just too busy to wrap a coil.

The Eleaf Lemo 3 also has several improvements on the RTA side of things that make this the best version yet for me. The build deck itself has been redesigned so it’s much more accommodating for today’s crazy builds. Plus you’ll be delighted to know that you can now put a dual coil in there without any trickery at all. The airflow has been opened right up on this Eleaf Lemo 3, and the juice channels have had a complete overhaul. All these changes I mentioned are going to eliminate the issues I had with the last one. But most of all it will work better with those higher VG juices! 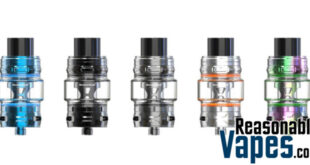 First of all, as an old school vaper it’s good to see there are some …