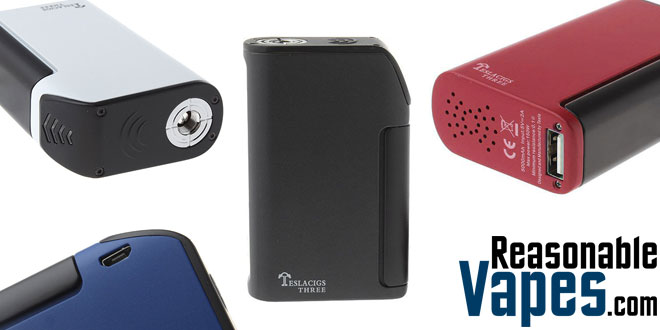 The Tesla Three box mod is a pretty substantial upgrade to the last one not just in looks, but in battery capacity too. As you can see this Tesla Three mod sports a brand new look, which I kinda like. Along with a fire button that’s reminiscent of what we’re used to seeing on a mod by Smok. It’s powered by a built in 5000mAh LiPo battery which should easily get you through a day or two on a single charge. Furthermore you can also use this as a power bank to charge up your other devices including your phone. It even has a standard USB port on the bottom specifically for this purpose.

It’s rather surprising that this Tesla Three packs in such a large battery considering how relatively small it is. It’s an unregulated device with a maximum wattage output of 150 watts. In addition, it can read resistances all the way down to 0.1ohms so it’s a pretty flexible mod as well as a hard hitter. There’s plenty of protections built in to help keep you safe, which is something we don’t normally get on a traditions mechanical mod. However with all the great features, the huge battery, and plenty of power output means you can’t go wrong grabbing yourself one of these Tesla Three 150W mods!

Here’s a review of the Tesla Three unregulated mod by IndoorSmokers: 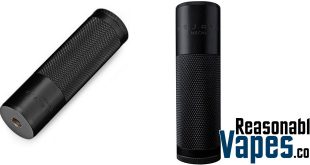 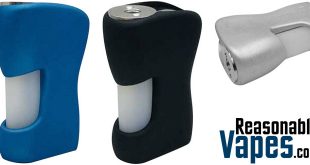 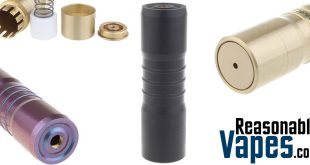 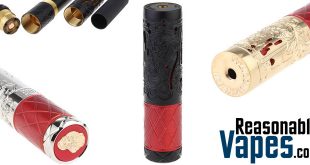 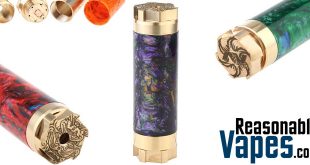 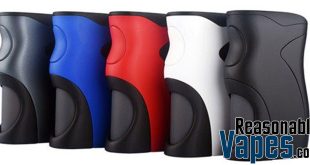 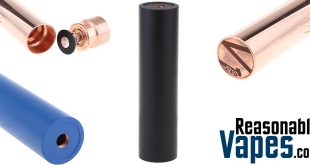 When it comes to a plain tube look, this Evo Mechanical Mod Clone fits the … 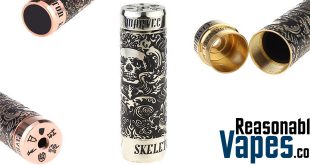 Here we have the gorgeous Marvec Skeleton King Kong Mechanical Mod, and first of all …