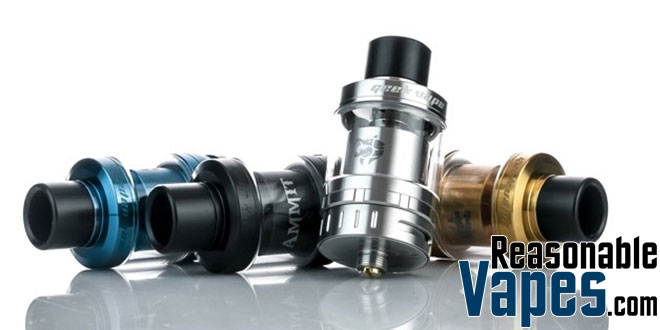 If you thought the GeekVape Ammit 25 RTA was just going to be a bigger version than the original Ammit tank, then I’m delighted to say it’s not. They’ve actually gone ahead and made some improvements to this one, which is always good to see. While most of the tank remains the same other than the fact that it’s bigger, we actually get a complete redesign of the build deck.

First of all, this GeekVape Ammit 25 RTA is still a single coil rebuildable tank atomizer. However they’ve upgraded the post design as well as the airflow and juice flow. So basically you’re getting a whole new tank with this one making it a great upgrade even if you have the original!

Here’s a review of the GeekVape Ammit 25 RTA by RiP Trippers: