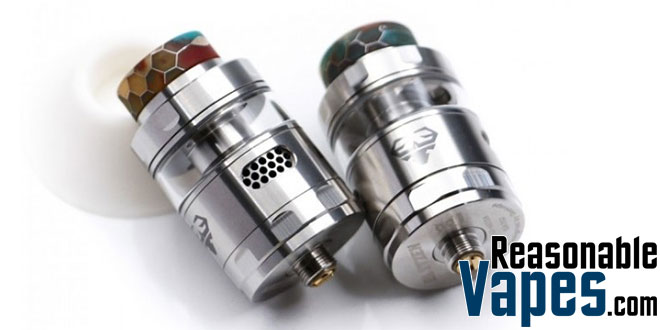 The GeekVape Blitzen RTA is a bit of a new design from these guys which takes some of the best bits from other atomizers and mashed it into one. First of all you’re going to find a postless deck under the hood of this one. It’s supports dual coils, and with the extra large wicking channels means you can get some beefy coils in there. In addition, if you thought that airflow design looked familiar you’d be correct. It’s basically the same as the Bellus, which I own and it’s great. So I’m sure this GeekVape Blitzen RTA will be amazing!

Here’s a review of the GeekVape Blitzen RTA by Zophie Vapes: