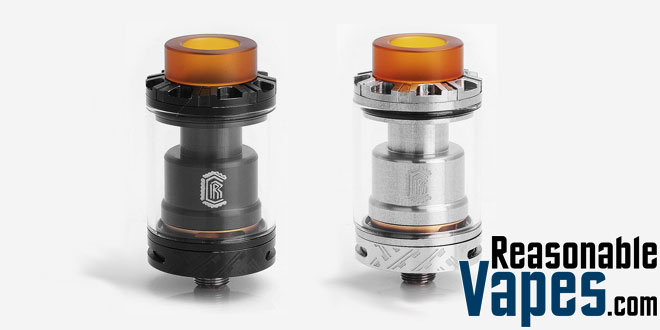 If you’re looking for one of those awesome Reload tanks that everyone keeps talking about, but found it to be too expensive you’re in luck. That’s because this Reload RTA Clone is only going to cost you a tiny fraction of the price! The best part? It looks and performs just as good as the original. You get the same gold plated build deck with what looks like a postless design, but they’re actually just really short posts. This Reload RTA Clone has plenty of airflow that can handle pretty much any build you can throw at it, making this tank a cloud chasers dream!

Furthermore this Reload RTA Clone doesn’t hold a huge amount of ejuice, however the capacity is large enough to keep you vaping on it for a bit. It has a top fill method like every other tank on the market, but the knurling on it makes it look just that much better.

Here’s a review of the authentic Reload RTA by GrimmGreen: